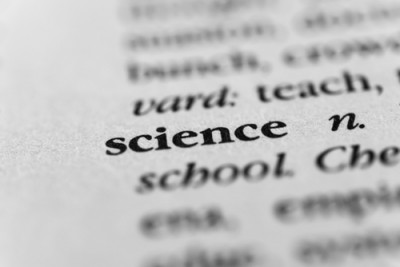 Are you feeling blinded by science? With so much conflicting advice about diet and health, how do you know what to believe? Armed with a few basic insights into world of science you can start to feel more confident about separating fact from fiction and making good choices about what to eat and feed your families.

The Challenges of the Science of Nutrition

Official advice about food and health is based on the findings of scientific research, which takes time and is by its very nature an on-going pursuit. Scientists are a curious bunch, always wanting to know more. This is actually very positive for the world of nutrition because nutrition is a young science and it would be worrying if anyone were claiming that we already knew it all.

It was only around the time of the First World War that we really started to understand the importance of vitamins, for example. Before this, diseases such as scurvy and rickets were thought to be due to infections or toxins whereas we now understand they are caused by vitamin deficiencies.

So why can’t scientists just get on and do the necessary research and stop messing people around? Of course there are numerous diet and health questions to answer but even if we galvanised all our resources to look at the big questions relating to major killers like heart disease and cancer, we would have our work cut out. This is because the human body is complicated, there are numerous relevant nutrients and we live in the real world which is messy and and not at all like the world of laboratories and test tubes where things can be carefully controlled.

Why is it so hard to do research that shows cause and effect?

All these practical challenges mean that RCTs are necessarily short and simply show that “x diet followed for a few weeks or months under the conditions described in the experiment causes or does not cause change y.”

We are then left wondering what impact x diet would have over 5, 10, 20 or 50 years? To achieve this it’s necessary to do studies where groups or populations are observed over an extended period of time; sometimes whole lifetimes! This sort of research is most powerful when it is planned in advance so that the data is collected in a standardised and systematic way; once again this is time and resource intensive. The results don’t prove cause and effect but they can give useful information to combine with what we know from the RCTs.

Once enough research has been done over a period of many years we then need to get a group of several independent experts together to review the results as a whole and come to a consensus about what the findings tell us. This is called a systematic review. This is a detailed and painstaking process and again it takes time.

So although we all want to know what to eat for health we do quite clearly need to be patient.

Making Sense of What We Read and Hear

As if all this isn’t frustrating enough, once we have a good body of evidence from RCTs and longer-term observational studies the results can get reported in ways that lead to alarm and further confusion. How many times have you seen headlines stating that eating this or that causes a huge increase in risk of a particular disease? What the headlines don’t usually say is what the risk was to start with (the absolute risk) and what the percentage increase means in practical terms.

Armed with this knowledge, that bacon butty once a week really doesn’t seem so bad. Risk is often reported in the media as the change in relative risk without reference to the absolute risk so it’s important to be aware.

Once we’ve got our heads around risk we also need to learn to distinguish fact from fiction.

How to Spot Fads and Pseudoscience

The Truth About Knowing What to Eat for Health

Genuine nutrition experts will not stop changing their minds about what we should eat for health because the science of nutrition is an on-going pursuit. However neither will they change their advice with every new research study that comes out. We must of get more research done more quickly but where we need more results or evaluations of the combined results of a large number of studies we do need to be patient.

2017/2018 is likely to be an interesting time in the world of nutrition as some large studies and reviews are due to report in key areas such as dietary fat and health and diet and diabetes. So expect some fireworks, but make sure you understand what is being said rather than taking the raw headlines at face value.