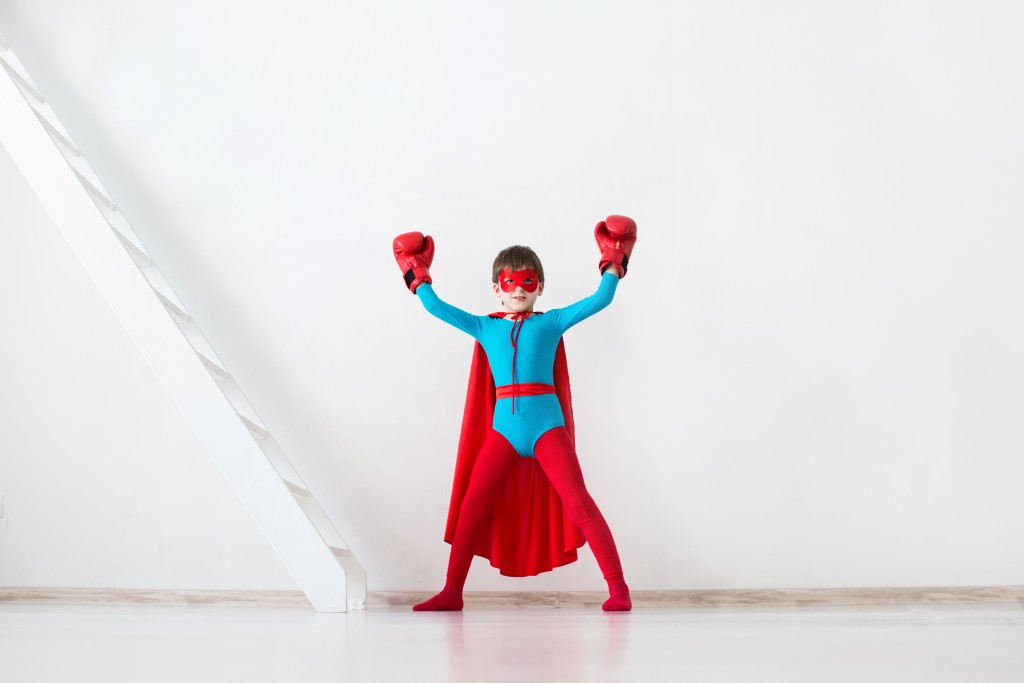 Super-powers are very compelling but are super-foods really super-heroes?

This Easter Sunday I had the joy of sitting in the cinema for 2 hours watching 2 super-heroes slug it out on the big screen. My sons, aged 9 and 11 were desperate to see the super-hero battle of the decade, Batman vs Superman: The Dawn of Justice.

My children love super-heroes; why wouldn’t they? These people have amazing powers and thankfully they generally use them for justice and over-powering evil. I won’t spoil the plot but suffice to say the clear black and white of good and evil gets a bit muddy. Nevertheless these guys are the people that kids want to be; although of course we grown-ups know it’s just a fantasy.

It seems to me that it’s much the same with the way that super-foods are promoted for their super-powers; but are super-foods really super-heroes? Chia seeds are said to be anti-inflammatory, high fibre wonders that will cure anything and everything from irritable bowl disease to constipation, inflammatory bowel disease and heart disease. Kale is praised for fighting all known cancers and lowering cholesterol. Beetroot is celebrated for preventing dementia, lowering blood pressure and improving exercise performance. Goji berries are said to improve immunity, digestion, cardiovascular health and brain function. Pomegranate juice is said to prevent heart disease and stroke and slow the progress of prostate cancer. You’d get the impression that if you eat these things you are guaranteed to live forever because you’d have super-powers to fight all ills!

To answer the question “are super-foods really super-heroes?” I’d like to share a few observations from my people watching and then some thoughts on the science.

Most people who are super-food fans seem to fall into one of two camps. Camp one are pinning their hopes on super-foods really being the super-heroes that will save them from the ill effects of all their bad habits. These are the people you see having a latte and muffin for breakfast, several more lattes with a few cigarettes over the morning, focaccia sandwiches filled with something with mayo for lunch, more coffee, a cake or chocolate bar and more cigarettes in the afternoon and a good few alcoholic drinks every night. They probably spend the whole day sitting, apart from an occasional trip to the loo or a meeting. Despite all these unhealthy behaviours you will also see these people snacking on goji berries or chia seeds talking evangelistically about how healthy they are and all the great super-powers they have. They seem to believe that the berries or seeds are like a pill you can pop, a panacea to fight the evil super-villains of nicotine, alcohol, fat and sugar.

Then there are the people in camp two. This group are very committed to their health. You will probably see them having a chia seed pudding for breakfast (that’s chia seeds and almond milk with some dates and cinnamon and on a naughty day a tiny bit of maple syrup.) They hydrate with green tea all day and have a large green salad probably with spinach, beetroot and pomegranate seeds for lunch. They tuck into chia seeds, flax seeds and goji berries galore all afternoon and have a super-powered kale, spinach, banana, raspberry, ginger and flaxseed smoothie for their evening meal. Oh and don’t forget the vegan protein power shake after a daily trip to the gym. Heaven forbid that they should ever touch meat, fish, wheat, gluten or dairy! The people in this camp seem to be aiming to actually look like superman or superwoman and they have a focused determination to get there.

From time to time camp one look at the people in camp two and copy their behaviours for a week or two hoping to suddenly look young and gorgeous as a result. But then they slip off the wagon and go back to eating fatty, sugary foods, smoking and drinking but still popping in those super-foods every now and then to ward off evil.

Well here’s the four things I tell people when they chastise me for refusing the offer of a few goji berries or for eating foods that they deem super-villains such as meat, fish, wheat gluten and low fat dairy products.

Super-foods are no substitute for a super-diet or even a reasonable diet. You can’t just ignore all that we know from robust science about what will reduce our risk of illness and promote good health and then expect one or two super-hero, super-foods to un-do all the damage.

A diet that is formed only from so-called super-foods is not necessarily super. The people in camp two would not have been getting enough calcium, which is essential for healthy bones and teeth. This is because they were avoiding dairy and relying on vegetable sources of calcium, which are less easily absorbed. They were also relying on expensive supplements at the gym for protein rather than getting that same nutrition from lean meat, poultry, fish, eggs, milk or beans and pulses. Also you might be shocked to hear that despite all that fruit and veg they were probably not getting enough fibre, although those chia seeds do pack a good fibre punch at 5.5g fibre/tablespoon. We need 30g of fibre/day and there is good evidence to show that we need fibre from wholegrains and wholemeal cereal as well as from oats and fruits and veg. In order to hit that 30g target we should all be basing our meals around high fibre carbohydrates including grains and cereal foods such as brown rice, wholemeal pasta, quinoa (yes I know it’s known as a super food, I’m not saying they are bad), wholemeal cous cous and oats.

An extreme super-food diet is almost certainly going to give you expensive wee. Whilst it’s great that these foods are rich sources of vitamins and minerals more is not necessarily better. With many vitamins and minerals if you have too much you will simply pass out the excess when you go to the loo. Given that super-foods tend to be super-expensive that’s costly wee. In other cases too much can actually be dangerous – we should be aiming for balance. 5 portions of fruit and veg is great and there’s some evidence that perhaps going up to 4 fruit and 4 veg a day might be beneficial for keeping blood pressure down and for healthy bones. It’s really important to remember that you need fruit and veg in all the colours of the rainbow because each colour supplies important nutrients not found in the others. You can get fantastic information about fruit and veg portions at this link on the NHS Live Well site here:

If you like the taste of various super-foods and you can afford them or can find some inexpensive ones then include them but as part of a balanced diet and healthy lifestyle. But remember that they are not essential for health.

So what about all those scientific studies that showed the amazing benefits of these super-foods? Well I love the excitement of scientific discovery and there are some useful, interesting and even ground-breaking studies looking at super-foods. However most of the research was done with extracts of certain chemicals from the super-foods so we don’t know if you would get the same benefits from food. Also much of it was done either “in vitro” ie in a test tube or dish under controlled conditions which are nothing like the messiness of life or with animals and you can’t simply apply what you find out when working with mice or rats to humans.

Nutrition is a very young science and there is lots more work to do in so many areas to find out all we need to know. In the meantime professionals should not alter the advice that they give until enough research has been done and the full body of robust scientific evidence has been reviewed and evaluated. Like all Dietitians, Doctors and other regulated healthcare professionals I am committed to giving advice that is supported by a balanced evaluation of the available scientific evidence.

So do I eat super-foods? Yes! I love kale with my Sunday Roast or stir-fry, beetroot is great in a salad and adds fantastic colour, pomegranate juice is just what you need for many middle eastern dishes and chia seeds along with flaxseeds add great crunch to fat free natural yogurt. Just don’t pass me a bag of goji berries, they’re simply not to my taste.